Grading: all terrain ideally, stroller could be hard work
Weather: Good for all seasons

Millets Farm has already been covered on this blog, but there is more to Millets Farm than the farm shop and animals. Along with Neptune Woods (take a look at January 2010) Phoebe Woods was also planted
commemorate the 200th anniversary of the Battle of Trafalgar.

Access to Phoebe Woods is just beyond the animal petting area, look out for the big blue waves and white face (or moon as LO calls it) to guide the way. 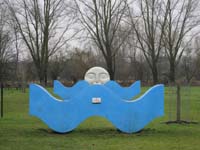 There is a map at the entrance, giving a circular walk, but it's easy enough to follow your own path through the trees and follow the stream/river. There is a stile to cross into Cricket Bat Wood (not mentioned on map). 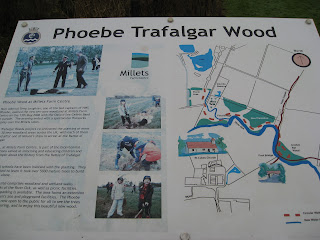 Not many people seem to venture as far as phoebe woods so if you seek some peace after the bussle of the shop and kids play area have a wonder down, also some nice areas for picnics in the summer. 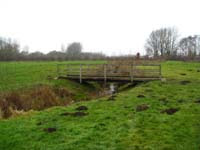 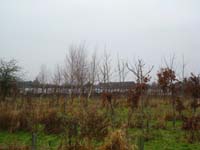