A Family Weekend at Center Parcs

Oh how we love to go to Center Parcs. Between visits Charlotte is always asking to go again and seems to remember every detail about the trip. I'm not going to review Longleat again but just going to say what a great weekend we had.

It was my mums 70th Birthday (hope she doesn't mind me saying that), and as we are in Oxfordshire and my brother and his girlfriend are in Cornwall we were thinking of somewhere we could all meet for a weekend and find something for us all to do. We looked at quite a few cottages and holiday parks but eventually we thought it was nice to go somewhere where we don't have to drive for meals and day trips and something that suited every type of weather. Center Parcs, it was then. 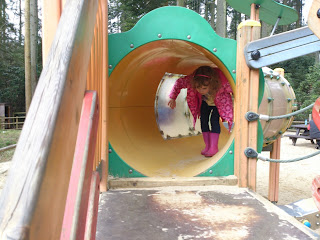 Mum was a bit worried she might be the oldest person there, but that really wasn't the case. We did cheat and got the land train a few times to save going up and down the hill, and planned right it saved us some time (more time relaxing in the spa).
Most of the time was spent in the swimming pools, it was quite fun going down the rapids as grown-ups with my brother shrieking with laughter like we were 14 again. We had a family game of table tennis, which was highly amusing and we left Charlotte with her grandparents to make a bird box while we had a walk round the site. 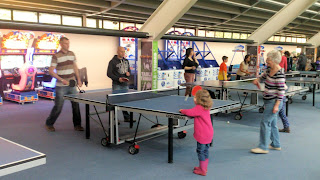 For mums birthday, us girls went off to the spa while the boys (and Charlotte) were left to their own devices (they played crazy golf). 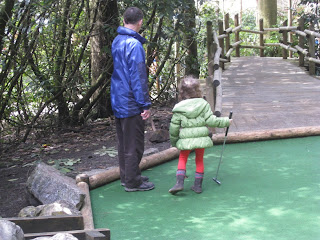 What a relaxing morning, 3 hours of lying around doing very little, dipping in and out of the different saunas and steam rooms and then finishing off with a massage that was over too quickly. Mum happened to mention to the staff it was her birthday and we were presented with champagne and chocolate. We didn't want to move from our seats watching the lovely view out of the relaxation room.

We had a mix of eating out and catering for ourselves, as its a holiday of course. Was amazing to watch the deer out of our living room window whilst having breakfast each morning. I've never seen deer so close at Center Parcs before. 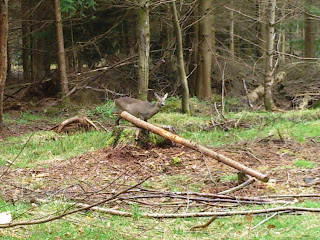 We tried to drag the weekend out as long as possible with bowling and playing on the beach on our last day but eventually home time had to come. Now we are all taking about when we can go back.
Posted by The Strolling Mum at 10:00